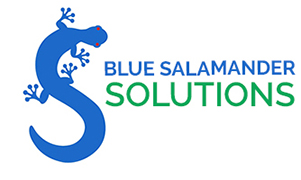 Call Today for a FREE estimate!

Webmasters, website owners, and SEO marketers have valid concerns about Google’s  Panda and Penguin updates.  What do these updates mean and how do they affect your website ranking?

Panda:  Google’s Panda algorithm was implemented in February of 2011 with the purpose of ending “content farms” and phony link-building schemes. This was Google’s attempt to create an algorithm that gives you, the searcher, the freshest and most relevant search results.  The people who were most affected by the Panda update were the SEO firms themselves, although large companies, such as J.C. Penney’s and Overstock have been penalized for engaging in duplicitous link-building schemes.

Penguin:  Penguin was implemented in April of 2012.  This algorithm penalizes and devalues websites that use black hat SEO techniques such as keyword stuffing, phony link-building schemes, and cloaking.  According to a Google representative, [it] ” seeks to penalizes those who  ‘break the rules’ or try to get around Google’s algorithm.”

How do Penguin and Panda affect you? They probably won’t affect you–unless you’re trying to beat the system.  If you’re using authentic keywords, original content, and have legitimate incoming links, itt’s unlikely that your website will lose its ranking

How to lose your Google ranking:

So, if you want to win with Google, then play fair, play nice, and don’t lie.  Isn’t that what we learned in kindergarten?